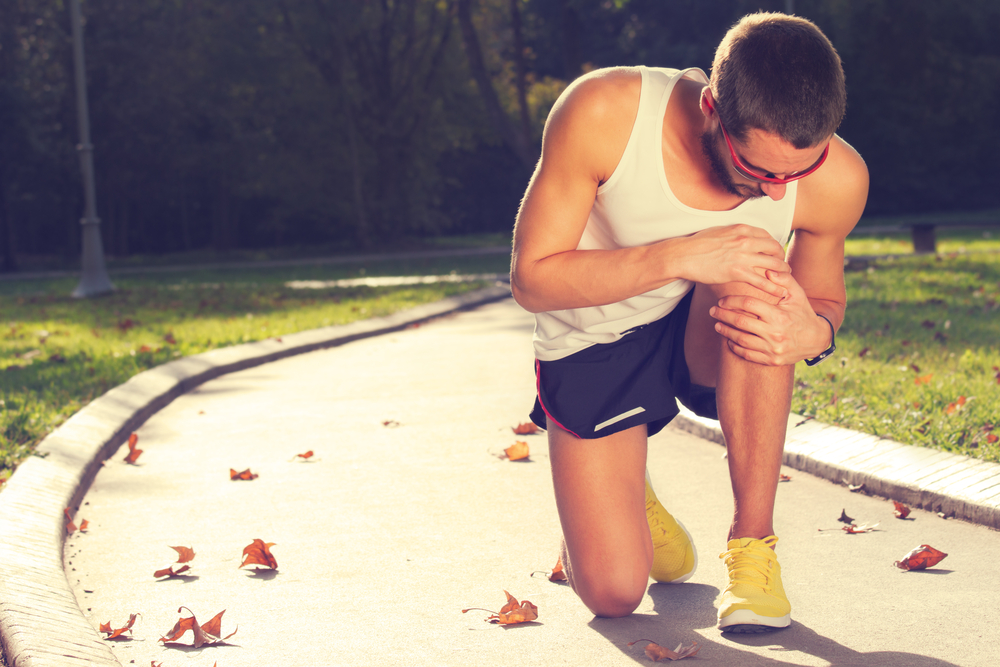 The Achilles tendon is the largest tendon in the body, connecting the calf muscle to the heel bone. Because that tendon transfers the force of the muscles in the calf to lift the heel, it’s easy for the tendon to become inflamed due to overuse, resulting in tendinitis and soreness in the area.

It’s a common injury among runners due to the fact that their heels are lifted repeatedly for the duration of their run. Additionally, it’s believed that weak calf muscles may increase an individual’s risk of Achilles tendinitis. In these cases, the tendon has to work harder to lift the heel to make up for the weaker muscle movement and that extra stress can lead to inflammation.

Shin splints are a common injury among athletes who run frequently. The arch of the foot is raised by a muscle that connects it to the shin bone on the inside of the leg. Repeated stress to the area may cause some of the muscle’s fibers to pull away from the shin bone, resulting in minor internal bleeding. This can also cause a great deal of pain on both the inside and outside of the shin. As stated above, any activity that puts a lot of stress on the arch of the foot can result in shin splints. This includes running or jumping on a hard surface. Additionally, increasing the frequency or duration of exercise too rapidly can over-stress the area. Shoes without sufficient arch support have also been known to cause shin splints.

This injury occurs when the same motion of the hand or wrist is used over and over again for a long period of time (such as the motion of a tennis player’s forehand or backhand shot, weight-lifting, and even typing). That repeated motion causes small tears in the tendons around the elbow, resulting in inflammation and deep pain in the area.

Ankle sprains occur when the ligaments around the ankle joint are damaged and they range in severity from stretches to tears. They happen most often when the foot is planted and the outside of the ankle rolls, injuring the ligaments on that side of the joint. When a sprain occurs, the area will likely turn black and blue and the ankle will swell and throb. Because the foot is often planted when the ankle turns and sprains, sports that require frequent starting and stopping are the ones in which ankle sprains occur most often, such as basketball and tennis.

The groin is the muscle that runs along the inside of the thigh and is responsible for helping to pull the legs together. Groin pulls are very common injuries in sports that require a lot of side-to-side movement, like baseball, hockey, and football. A strained groin will result in soreness and occasionally swelling and bruising in the area.

This is one of the most common causes of knee pain and is, as the name suggests, very common among runners. The kneecap should move directly up and down in a groove when a person walks or runs. In Runner’s Knee, however, the kneecap slides out of line and rubs against the side of that groove. This can cause gradual, permanent cartilage damage over time due to abnormal tracking of the patella (knee cap). Symptoms of pain with running, stair climbing, squatting, kneeling, prolonged sitting, and signs of swelling or pain in the back of the knee are common.