Common Knee Injuries from Running and How to Run Pain Free 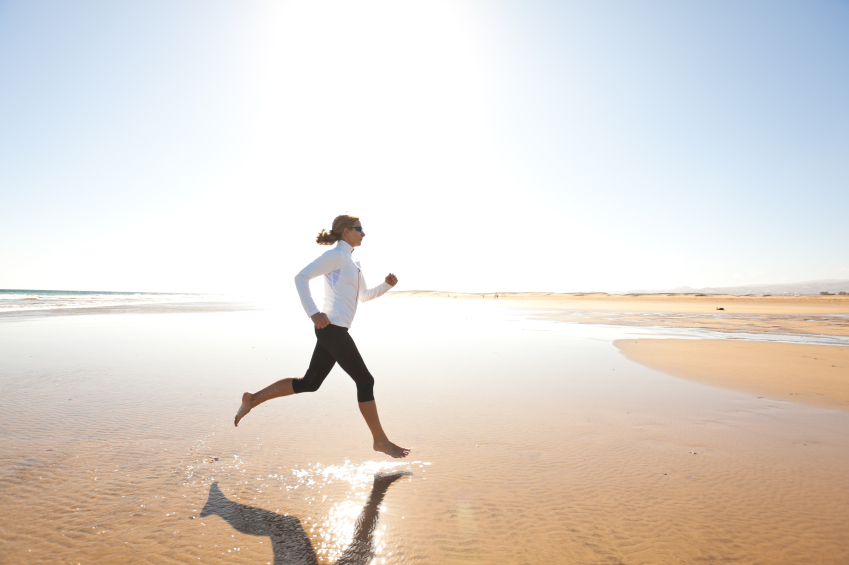 You love running, but you know that it can take a toll on your body. Of course, your legs and feet are the most common areas for pain, but the knee joint is often injured with long-term training.

Whether you are a marathoner or a sprinter, if the knee joint doesn’t work properly, you can’t run as effectively as you like. It helps to understand the basic anatomy of the knee, how it cushions the blow of repeated foot strikes, and the symptoms when things go wrong.

The knee is a hinge joint, which means it only moves in one general plane. It can extend to make the leg straight, or it can bend to allow for stepping. The knee is engineered by a complex weave of ligaments and tendons that hold the joint together, allow for movement of the joint, and protect it from injury.

In addition, cartilage covers the bone ends that meet in the joint to protect them from weight transfer that comes with walking and is amplified when running. Regardless of your training, it is better to get out and have cardiovascular exercise to break up the monotony of long periods of sitting.

Most of the time, pain, shifting, or popping can indicate that you have a knee problem from your running. In this case, it helps to find out what exactly is causing the problem before you continue to train.

If you’ve been running for any period, you’ve probably heard of runner’s knee. Again, the anatomy of the knee helps to explain this common condition.

The kneecap, or patella, sits on the end of the femur to protect the joint underneath it. With running, this piece of bone can rub back and forth, irritating the tendon that holds it in place and damaging the very bone ends that it is supposed to protect.

Although the pounding of running can cause this injury, it is most often due to poorly conditioned muscles, most commonly the hamstring and the quads.

Symptoms are usually pain related. Most of the discomfort will center around the kneecap and may actually be felt more acutely in the center of the bone.

It can also display tenderness, and often the pain can wrap around to the back of the knee. Hills, steps, and any other uneven ground can make the pain worse or even cause pain that doesn’t exist on flat ground.

The best way to treat runner’s knee is to slowly increase your mileage – no more than ten percent per week. If you start showing symptoms, it is best to decrease your mileage significantly to prevent further injuring your knee. Seeing a chiropractor may also help if you have spine pain or hip alignment problems.

Iliotibial band syndrome is another disorder of the knee ligaments caused by repetitive use. This tough, elastic tissue runs down the outside of the leg from the thigh to the shin. On the way past, it connects to the knee and helps to provide further stability to the joint.

For this reason, when the band is inflamed, torn, or pulled, it causes pain when moving the knee, and it can often mean that a runner has to take weeks off to let it heal. Pain and swelling on the outside of the knee are the most common signs, and many runners mistakenly think they have a knee problem.

If you hold your leg at a 90 degree angle and the pain centers on the outside of the knee, expect iliotibial band syndrome over any other knee problem.

Most iliotibial band syndrome occurs when the leg turns in repeatedly. Although the foot strike of a runner is suppose to hit square on the ground, wearing poorly fitting shoes, bad form when running, and running on banked surfaces can cause the problem.

In fact, overrunning in both the beginner and the expert can lead to this condition. You can prevent this painful problem by increasing your running distance slowly, wearing proper shoes, and warming up by walking a bit before starting your run.

When the problem is already present, rest from running is recommended, usually meaning a complete stop in training. However, you can cross train in sports that don’t require movement of the knee, such as swimming to maintain your aerobic endurance. Ice, heat, physical therapy, and rest are the primary treatments for iliotibial band syndrome.

Although knee ligament damage is far more common in sports that require cutting and direction changes, they can affect long distance and sprint runners, as well. Instead of tearing one of the supportive ligaments, many of them will become strained with constant, pounding usage. There are four supportive ligaments in the knee: the anterior cruciate ligament, the posterior cruciate ligament, the medial collateral ligament, and the lateral collateral ligament.

The collateral ligaments are on the sides of the knees, and the cruciate ligaments cross on the inside of the joint. Injury can occur to any of these ligaments with running, but the ACL and MCL seem to be the most commonly injured ligaments.

Extensive running can cause any of these ligaments to become strained. If you run on difficult terrain or make a great deal of turns with your run, you can injure any of the ligaments. Even running in the same direction on a track can put strain on the ligament to the inside of the track. Treatment is usually supportive for running based ligament injury.

Rest, ice, and anti-inflammatories can help to heal the ligament on its own. Ligament replacement surgery is usually only reserved for those that have torn or don’t have a good chance of repairing themselves. In this case, rest from running and extensive knee rehabilitation will be in your future.