How Football Players Can Protect Themselves from Knee and Head Injuries 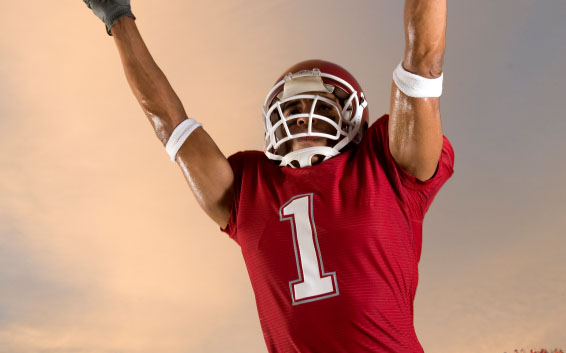 We want to reduce knee and ankle injuries while protecting players from concussions, as these are some of the most common conditions faced by all football players. The goal is to help make the game safer for players by using proper blocking and tackling techniques

Football is under an intense microscope. Athletes are playing the game for years and finding out later that all that pounding has a long-term effect.

Through it all, the NFL has tried to make rules that help protect the players, but they also may want to protect themselves from future liabilities from retired players.

Reactionary as only a large bureaucracy can be, they’ve employed several safeguards to help keep players from sustaining harrowing injuries. The problem is that some of these rules actually make other sports injuries more common. In fact, some players are now wise to the rules and are finding ways to circumvent them.

If these men are willing to take performance-enhancing drugs, they are not above a little lying to get back on the field. The new rules mean more problems in the following areas.

In the effort to prevent concussion, the league has installed many rules about how and where to hit. Heads up tackling is the newest catch phrase in protecting football players, but the idea of protecting the head has not been thought through very well. Players are on the field to hit one another. If you take away the shots to the head to protect against concussions, they are going to use any means necessary to make their tackle.

It should come as no surprise to sports medicine physicians that knee issues are currently a plague in the NFL. Several high profile, important players have suffered season ending ligament tears this year. Football is violent, but the increase in knee issues is alarming and this can be traced back to the idea of protecting the head.

If a player cannot go high, then they will go low. When a tackle is made low, there is an increased possibility of a torn knee ACL or sprained ankle. In protecting players against one form of violence on the field, they are exposing them to another, just as serious injury.

Concussions are the big news in sports injuries, and they should be. Repeated brain bruises can lead to long-term cognitive impairment. What’s worse, some athletes are taking their own lives because they don’t want to suffer the pain and indignity of living a life with traumatic brain injury. To combat the repetitive concussion, the NFL has sanctioned a bevy of rules, regulations, and tests to ensure that players are removed from the game when they have this problem.

Unfortunately, this is another rule that isn’t so well thought out. Many of the players are savvy and want to get back into the game with a burning desire. Like cheating on a drug test, some players are lying during concussion testing. If the condition is mild enough, it doesn’t take a great leap for a player to say he feels fine.

This brings up an important question: how many athletes are out there playing with mild concussions that no one knows about? Do they understand at such a young age what the impact of multiple concussions truly is? In addition, some guys don’t want to sit out for the long recovery time for fear of losing their jobs to rivals.

Although the NFL should be commended for attempting to make its sport safer, these measures are probably not enough to ensure complete safety. However, with a game as violent as football, asking for that may be impossible. Still, more research from the sports medicine community should help to adjust these rules, protect players’ knees, and develop better ways to diagnose mild concussions in the field.

Football has always been a violent sport, but technology has been advancing to help make the game safer and reduce player injuries. The helmet is one of the pieces of football equipment that has undergone the most change in the past century and a quarter the game has been played.

A modern football helmet is much safer than the leather helmets worn in the 1800’s and is doing a better job at protecting vulnerable brains. Look at the graphic below to see the evolution of the football helmet and how sports injury research and new materials have been used to make this game safer.