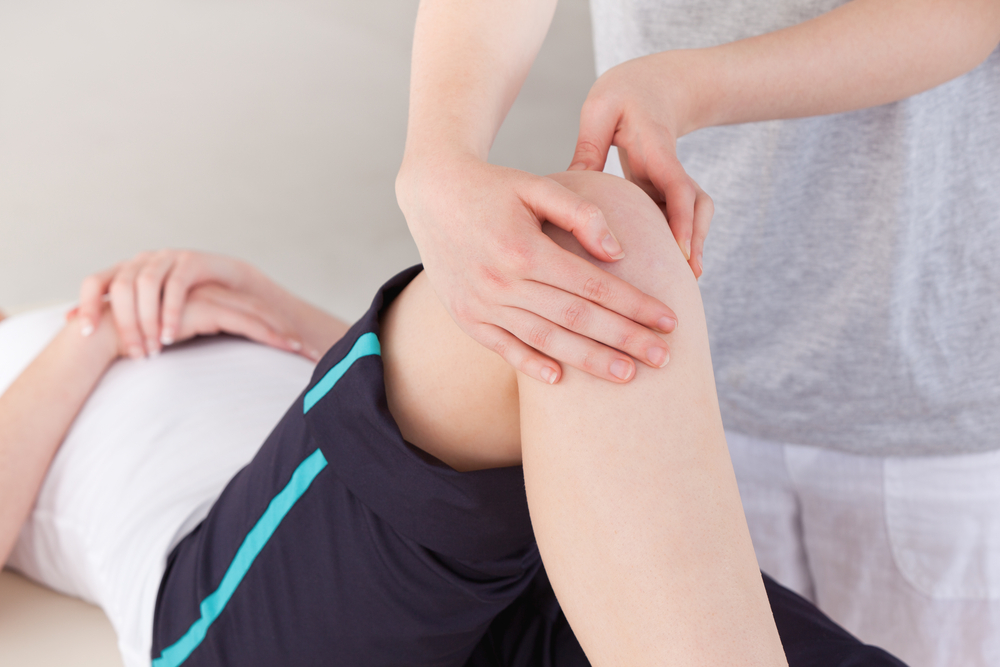 Brad inured his knee playing baseball on the senior Torrance league when he collapsed in pain and had to be carted of the field.

When he tried to stand, he felt pain and instability of his knee joint. He decided to ice it overnight and see an orthopedic surgeon in the morning if it was no better.

When he arose the next morning, his knee was swollen and his pain was worse. He made an appointment to see a knee specialist near his home. After examining his knee, the doctor felt that he had a partial tear of his anterior cruciate ligament (ACL) which was confirmed by MRI.

His orthopedist recommended outpatient minimally invasive surgery for repair. He was scheduled for outpatient arthroscopic surgery for the following week.

Arthroscopy is the use of a telescope placed inside of a joint for diagnostic or operative purposes ( Arthros means joint, and scopos means to look). It is the most common orthopedic surgical procedure that is performed today. A joint is a place where two or more bones articulate. They are usually joined by cartilage and ligaments with a soft buffer in between called synovium.

Radiologic studies may be used to evaluate your injury initially. These may include regular X rays and scans such as magnetic resonance imaging (MRI). While your orthopedist may gain a better idea of what is wrong with your joint, arthroscopy may be required to make a true diagnosis.

Your orthopedic surgeon may know in advance what the disorder is and schedule arthroscopy to repair the joint.

With arthroscopy, a small telescope, with a light and sterile camera placed on the eyepiece, is introduced into the joint. The joint space is filled with a sterile saline (salt water) solution.

This is then connected to a television screen by which your orthopedist can evaluate for cartilage tears, ligament strains and tears, cartilage breakdown, and foreign bodies such as bone fragments.

If needed, one or more small instruments may be introduced into the joint through 1/4 inch incisions. Surgeons can then operate and repair injured joints, while using the television screen to aid in visualization. This avoids large open incisions which require a much longer recovery time, hospitalization, and have higher complication rates.

As arthroscopy is an outpatient procedure, it is easily performed in an ambulatory surgery centers and has a fast recovery rate.

Not everyone is a candidate for outpatient surgery centers due to health and anesthesia risks. Obese patients with a body mass index of 35 or more, patients with moderate to severe cardiac disease, procedures that are expected to last longer than 6 hours, and procedures in which greater than 500 mL of blood loss is expected should be performed in a hospital ambulatory surgery center.

Other conditions that should be considered are patients with bleeding disorders or those who are on blood thinners before surgery. The anesthesiologist should be consulted when there is any question as to where to schedule the procedure.

Often, reparative arthroscopy will allow healing to the point of pre-injury. This is important not only for pro athletes, but for the weekend warriors who want a quick way to get back to their usual activities.

General anesthesia may be used, but regional anesthesia such as a spinal, local, or specific nerve blocks can be used with intravenous sedation. The lighter the anesthesia, the quicker you will recover from the anesthesia and be able to go home.

It is important to follow your orthopedist’s instructions after surgery. Keeping the bandage in place, elevating the joint in order to decrease swelling, and watching out for complications are important.

Signs of redness, excessive swelling, warmth of the joint, or bleeding should prompt a call to your physician.

Complications occur in fewer than 1% of arthroscopies, and are mainly infection or bleeding. It is also important to follow your prescribed rehabilitation program in order to strengthen the joint and return to your usual activities faster.

Orthopedists specialize in the prevention, diagnosis, and treatment of problems with the bones, muscles, tendons, and nerves. You would prefer that they are a Fellow of the American Board of Orthopedic Surgery.

There are other associations they may be members of that are specific for arthroscopy of a particular joint, such as knee, shoulder, hip, wrist, ankle, or elbow.