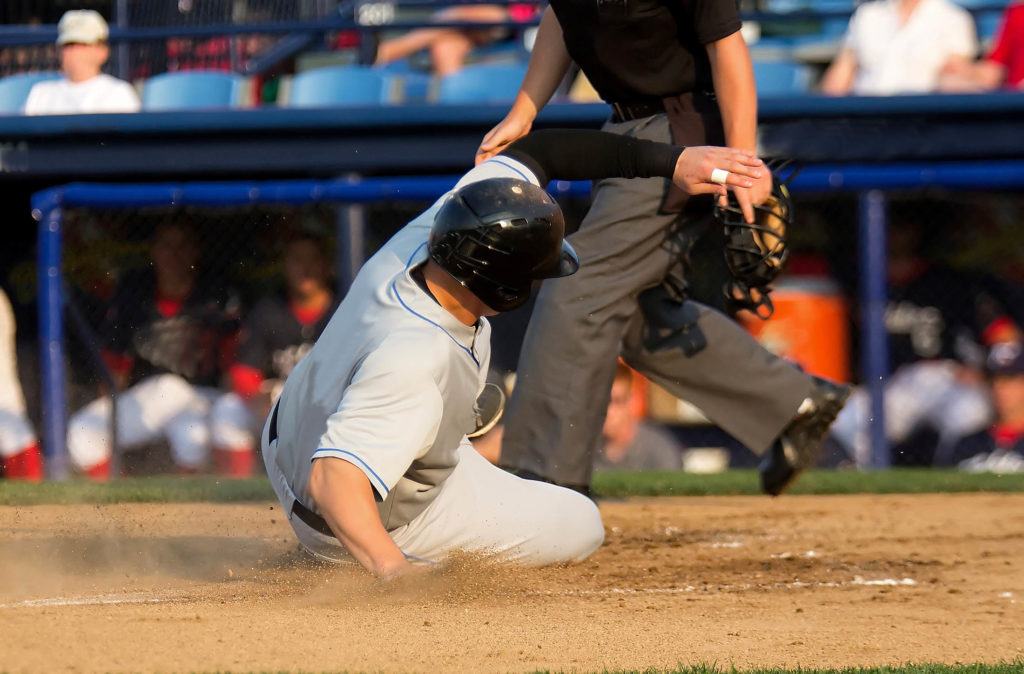 Baseball is generally considered to be a “no contact” sport, unlike football. However, this does not mean that a person who participates in the sport does not run the risk of sustaining an injury due to a collision. A baseball player may experience an injury after colliding with another player, a baseball bat, or a ball.

It is also not unusual for a player to become injured after sliding into a base. By following a few basic tips, young people who play baseball may be able to prevent injuries incurred from sliding into bases during games.

Dr. Borden has been a team physician for both college and pro sports teams. On a regular basis, he works with trainers, coaches, players, and parents to increase awareness on how essential it is to implement unique playing techniques properly.

The following is some information on baseball safety is important for all players.

The first aspect of practice that players should be taught is how to properly warm up and stretch their muscles. Doing this enables players to minimize ligament injuries to the lower body. Stretching and warming up also helps players to maintain their strength, coordination, and flexibility.

Before young players actually practice and play with real bases, they should be educated on proper sliding technique (and children under the age of 10 should not be taught how to slide into bases). This kind of technique should also be practiced by young baseball players before they start using actual bases. Once they have been properly trained on how to slide into bases correctly, then players can begin to practice with real bases. Implementing this strategy could help to prevent certain baseball injuries.

One of the best ways to get some sliding practice is to utilize a sliding bag. After learning how to slide with this item, a young player might then move on to a breakaway base. In leagues that require the standard type of anchored base, the first two steps should be taken first. Then, players may practice with the standard bases.

It is crucial that players be taught the obstruction rule, and this rule must always be followed. Obstructing the path of a runner is dangerous, and this practice should not be encouraged or even allowed. It is also dangerous for players to block bases if they do not have possession of the ball; doing this could lead to serious injuries for fielders and base runners.

Base runners should be educated on how to avoid colliding with the catcher when they make their way to home plate. One strategy for avoiding ankle and general foot injuries is to utilize bases that are separate for the fielders and the runners.

This strategy may usually only be employed if the particular league rules allow for it, so coaches will need to establish whether separate bases may be utilized.

Wearing the right kind of footwear during practice sessions and games is crucial. Wearing the wrong type of footwear may result in a variety of injuries that are not exclusive to the feet and ankles.

Cleats need to provide sufficient traction, so players do not slip when they are running and sliding. However, cleats should not have so much traction that they cause players to get stuck in turf.

This type of mishap can cause serious injuries to those who are running and sliding, as well as the players in close proximity.

Taking the time to teach young players about injury prevention is a practice that can pay off for everyone involved. Sliding can often be done safely, but this is largely true when young athletes are given the right training.

All of the adults associated with a team – from the doctors to the parents to the team personnel – must work together to help young players avoid injuries whenever possible.